Employees are Assets Not Liabilities

The Transactional Approach to HR

Every so often, we read in the newspapers or hear from colleagues of one company or another going through “restructuring” – often a nice way to avoid mentioning that they are laying off staff and slashing their hiring/training budget. Companies initiate these cost restructuring exercises to increase profit margins – as employee salaries, benefits, training and other “perks” typically make up the most significant cost component for a firm.

One of the first things that a CEO or senior manager do when they catch a whiff that their company or division is not doing well is to cut costs. And one of the first places they zero in on is the HR budget. It shouldn’t be a surprise. In accounting, an employee’s wages are classified as “liabilities” on a balance sheet and often seen as such. It is a commitment by the firm to pay a sum of money to a person without knowing the return on that investment – as the actual productivity of a worker is often hard to determine. Layoffs are a great way to reduce these liabilities.

This “employees as liabilities” perception is also why so many companies I’ve met tend to have poor human resource practices that offer little to aid the growth of their employees. They keep wages as low as possible, provide new hires with minimal training, and do not care about an individual’s career development. In other words, an employees’ salary is seen as a cost function to be minimised.

Increasingly, companies are finding there are problems with this transactional approach.

For one thing, hiring and retraining costs are a lot higher because of the absence of employee loyalty. This could have a serious impact on any business requiring a large number of people in their workforce.

High churn rate also impacts client relationships. Building a lasting relationship is harder if your employees that interact with the client are constantly changing. It undermines your service standards and creates, in the client’s mind, the perception that your company cannot deliver.

A Better Way: Investing in People

Personally, I am an advocate of a transformational approach towards the employer-employee social contract. It means taking a more holistic and humanist view of business and people. It may sound impossible, but I think it is good business to invest in your employees and in doing so, lower costs and maximise long-term profits.

Consider The New York Times’ strategy to double down on quality journalism versus the other media organisations who adopted the approach to reduce their staff headcount.

In expanding the number of visual experts and people in leadership roles to aid in their quest for journalistic excellence, the New York Times successfully managed to grow their digital subscribers to 1.5M readers. In 2011, that number was 0.

In contrast, media organisations that cut down on their workforce often found themselves in a position where they saw a short-term uptick in margins and then a downward spiral because of their confused diversification strategies.

While it is understandable that tangible costs (wages) are usually weighed above intangible costs (lower retraining and search cost), often the price of underpaying workers are higher. Skimming off the wages of your staff sets in motion a cycle of failure that is bad for customers, employees, and shareholders. You get a demoralised workforce, falling productivity and output and a cycle of high client and employee churn which ultimately hurts the bottom line.

Employees are Assets; The Human Touch is Priceless

Human resources are named as such because I think employees should rightfully be seen as the company’s assets, not liabilities. This is especially true for the service sector. Often, customers care less about the fancy technology on offer, and more about their experiences interacting with the people working on site (did they smile at me?).

The more that technology becomes a standard part of delivering services, the more critical personal interactions become in satisfying customers and in differentiating one’s company from competitors. Consumers have demonstrated a dislike for restaurants without servers, hospitals without nurse’s aides and orderlies, hotels without front-desk clerks, and department stores without salespeople. Prisons that have tried replacing visits with remote video calls are also facing a backlash.

In contrast, Golden Village Gold Class seats and activities with a human touch, such as Topman’s Personal Shopping experience are excellent examples of doubling down on people and the importance of these person-to-person interactions in growing both top and bottom line.

At Nimbus, we have observed that by treating our cleaners well, turnover will be far lower, job engagement and performance higher, and our customers more highly satisfied. We invest a wealth of resources into paying above the progressive wage model’s recommendation and offering job training, and health and workplace insurance for our workers. Like Richard Branson, founder of Virgin Group, wisely states, “Train people well enough so they can leave, treat them well enough, so they don’t want to”.

And we are starting to reap the benefits of a good jobs approach: our capable workers who are well trained and fairly compensated provide better service, need less supervision, are much more likely to stay on the job, and as a result, customers are likely to be more satisfied, return more often, and perhaps even purchase more goods and services than they otherwise would.

In a the first couple of years, while we might be inferior to a traditional company, in the long-run, we believe when we train and deploy our blue-collar workforce in smart ways, our workers can become a driver of profit rather than a driver of cost for us due to their increased loyalty and incentive to take better care of our clients.

The same argument can also be made in numbers:
‍

In our business model, a different monthly salary for our employees consequently produces different employee and client growth and churn outcomes, which outperforms the status quo after a year of operations, all else being equal.

Companies who look at business solely in margins, wages and logistics miss the forest for the trees. At the heart of many great companies are its people. Treating them well is probably not just the right thing to do, but it might well also be what is right for business.

People & Culture
What You Should Do If Your Employee Tests Positive For COVID-19
This is some text inside of a div block. 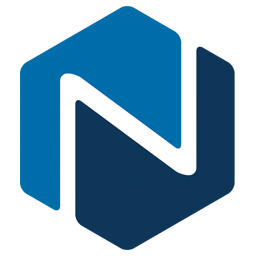 Nimbus Team
People & Culture
Towards a world where workers are business owners
This is some text inside of a div block. 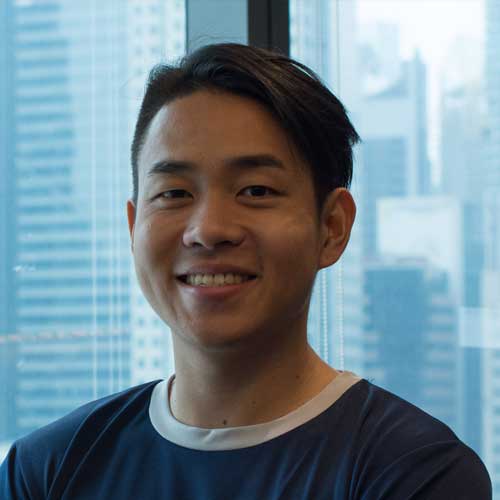 Daniel Thong
People & Culture
The future of work lies with flexible employment, not the gig economy
This is some text inside of a div block.

Nimbus Team
People & Culture
Employees are Assets Not Liabilities
This is some text inside of a div block.

We make office management hassle-free. Try out our services for your corporate or commercial space by getting a free quote. Alternatively, call +65 8787 4824 for any enquiries regarding our office management and office cleaning services.

Looking for a Job?

Thank you! Your submission has been received!
Oops! Something went wrong while submitting the form.